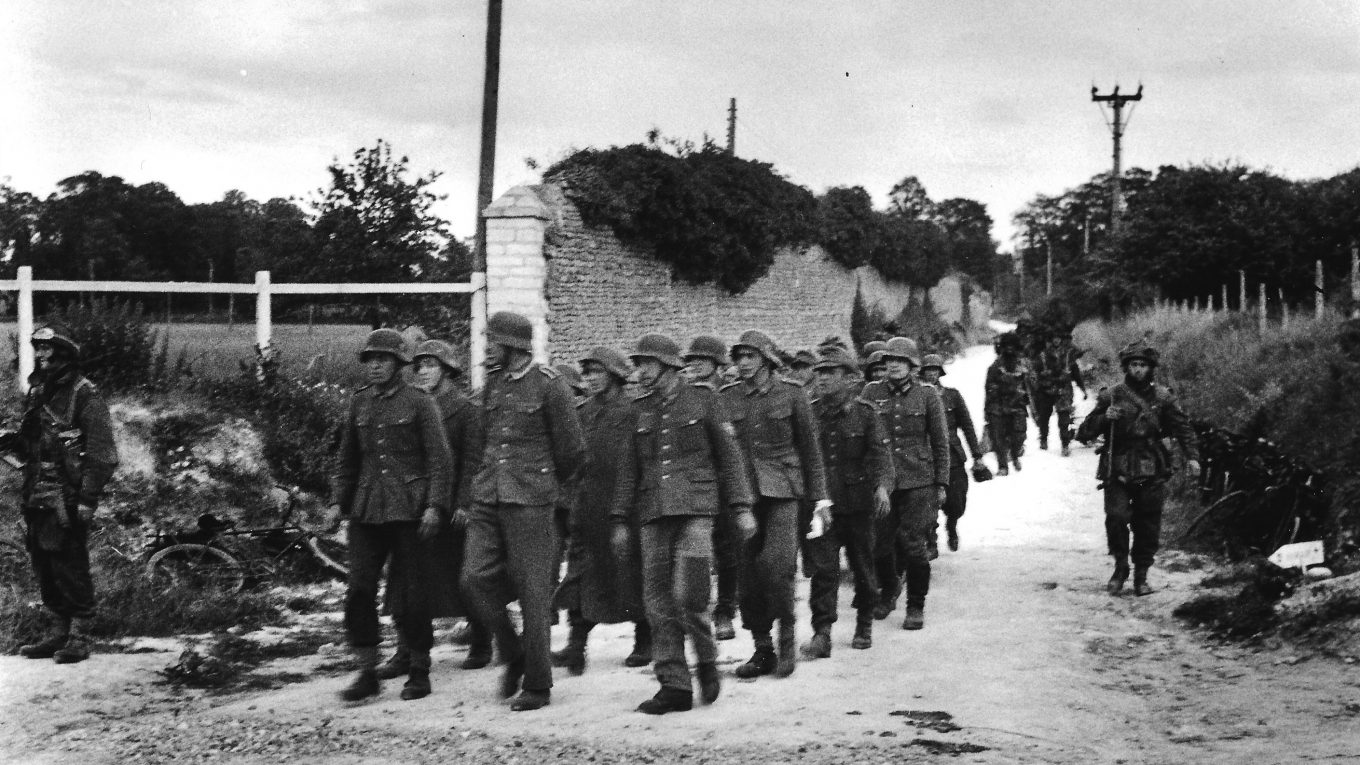 There is a photograph that many people with an interest in the 6th Airborne Division in Normandy will be very familiar with. It shows a group of German prisoners being escorted down a hill and was taken by an Army Film & Photographic Unit cameraman, Captain Evans on 6th June. (IWM5060).

Clarification of this photograph has been something on the ‘to do’ list for many years, and when the subject was raised on the brilliant forum, ‘WW2Talk‘, I decided that it was about time I looked at it again.

Previously, due to the After the Battle book, D-Day Then and Now Volume 1 (1995), it had been described as being in Ranville itself on the Rue du Four-a-Chaux (Page 246). However, when talking to Stan Scott of 3 Troop, 3 Commando, he was adamant that it was taken at the Ecarde Crossroads below Amfreville, and especially as ‘Para bikes’ can be seen, because that is where 3 Troop left their bikes before moving up the hill to attack the village.

I did look into the matter back then and became 90% certain he was correct, as firstly I visited the site described by After the Battle and believed that it was not the location. Secondly, the AFPU also took some film footage at the bottom of the crossroads, looking just across the road, showing German prisoners against the wall. These Germans did look very similar to those in the photograph, but it was not conclusive. Aerial photos available at the time did not clearly show the crossroads and especially the long, high wall that can be seen.

However, I checked aerial photos that I had gathered since and one did indeed confirm that it was the Ecarde Crossroads – the wall can clearly be seen.

To visit the crossroads, travel east across the River Orne Bridge and at the roundabout take the third exit. The crossroads is about 1.5Km along the main road leading north towards Sallenelles and Merville-Franceville.

The photos will be included in The Day the Devils Dropped In when it is updated and expanded.